The Austrian people said “No” to nuclear energy. A truly unique story: a nuclear reactor that never went into operation 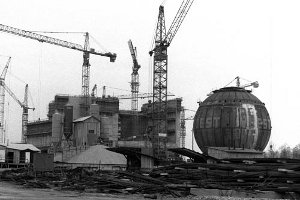 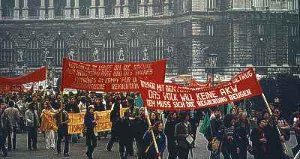 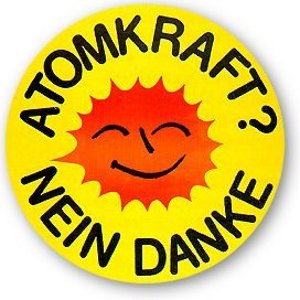 The Zwentendorf Nuclear Reactor is a part of Austrian history and, globally, a totally unique monument, bearing testimony to the fact that, in a democracy, politics can and should always work with the will of the people. It is the only completely finished nuclear reactor – even the radioactive nuclear fuel rods had already been stored at the facility – that has never been put online. Only a button needed to be pressed in order for it to go into operation – but that never happened.

On April 4th, 1972, the groundbreaking ceremony was held for the construction of the first Austrian nuclear reactor, a plant in Zwentendorf by the Danube River. Two weeks after this event, a powerful earthquake damaged the foundation, as a result of which, had to be torn down and replaced. The construction of the plant took more than four years.

Mothers’ Hunger Strike. In early 1975, the “Initiative Austrian Nuclear Power Opponents“ was formed, which, at the zenith of the controversy, had more than 500,000 members. In 1977, nine mothers from the state of Vorarlberg who wanted to prevent the trial operations of the Zwentendorf Plant took residence in front of the Austrian Chancellery and began a hunger strike. Their sacrifice aroused a great deal of public interest.

The nuclear power controversy divided the country. On the one side was the fervent anti-nuclear movement; on the other stood the mighty politicians of the country. The Austrian Socialist Party, led by Chancellor Bruno Kreisky, was the dominant political force. It was supported by the unions, industry, and the Chamber of Commerce. Convinced that the majority of Austrians were in favor of the nuclear power plant, Chancellor Kreisky authorized a national referendum to provide a public mandate in reference to commencing the operation of the Zwentendorf Nuclear Reactor. This idea backfired completely.

50.47 % voted against Zwentendorf. On November 5th, 1978, the first national referendum in Austria since 1945 became an event for the history books. The result: 1,606,308 people said “No” to nuclear energy; that was 50.47 percent of the votes cast (1,576,839 voted for the use of nuclear energy). As a result of the Zwentendorf Referendum, in December of 1978, the Austrian National Assembly passed a law prohibiting the use of nuclear energy in Austria (Atomsperrgesetz).

With this law, Zwentendorf and nuclear energy in Austria became historical footnotes.

1 Billion Euros. Due to the negative outcome of the referendum, the equivalent of approximately 650 million Euros were virtually annihilated. Up to its final “liquidation” in 1985, the costs for the entire Zwentendorf Nuclear Reactor amounted to over 1 billion Euros.

There have been plans, some quite bizarre, for this internationally unique complex. A “Historyland” project was considered, as well as a gas-fired power plant and a museum. None of those ideas were ever realized.

In 2005, the EVN (one of Austria’s leading energy providers) took over the dormant nuclear reactor and turned it into a training facility, where German nuclear technicians learned how to operate such a reactor. In Zwentendorf, they were able to train in a realistic environment and in areas not normally accessible in an operating plant due to the danger of radioactivity.

TV Show in Zwentendorf. The entertainment world discovered the fascination of the location as well: In 2009, the SAVE THE WORLD AWARDS, the first global prize for people and organizations dedicated to preserving our environment, was held in front of the nuclear reactor. 2,800 people attended the one-of-kind event and many millions more in over 50 countries around the world were able to see the show. It was highlighted by stars such as Andie MacDowell and Carl Lewis; it honored organizations such as Greenpeace and fascinating individuals such as Vandana Shiva and Karlheinz Boehm (“People for People”).

In June 2009, a solar power plant was put into operation at the site of this historic nuclear reactor. A total of 1,000 photovoltaic panels on the facade, the roof, and on some of the surrounding area were installed and now provide clean and sustainable energy. From radioactive beams to sunbeams – a global symbol for environmentally friendly and sustainable energy for the requirements of the future.